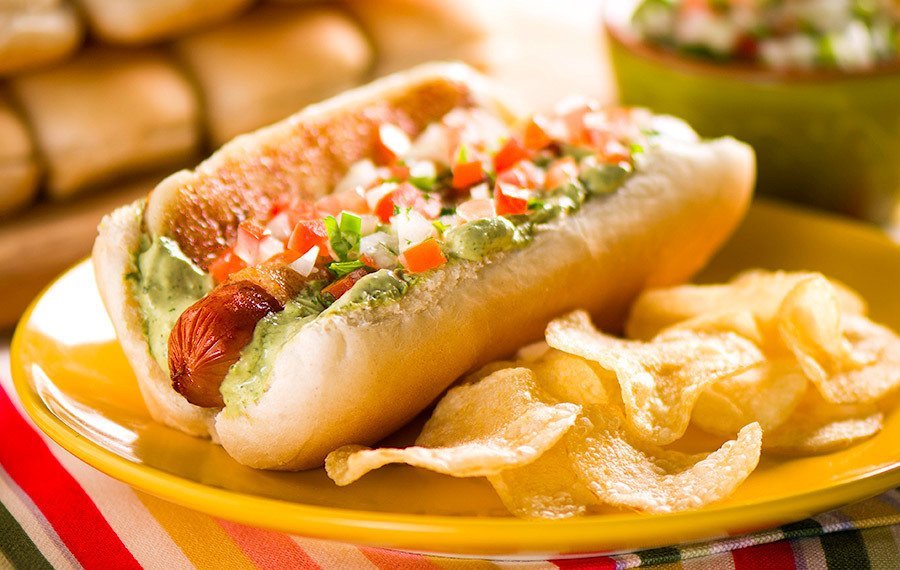 The hot dog is one of the most relished foods in all of American cuisine, so it makes perfect sense that citizens would want to savor the mildly spiced sausages on National Hot Dog Day, our nation’s most delicious of holidays.

According to the National Hot Dog and Sausage Council (yes, it’s a real organization), “peak hot dog season” begins on Memorial Day and goes through Labor Day, with Americans typically consuming around seven billion hot dogs during that time.

We’ve collected five pieces of frankfurter trivia to tide you over until your next salty, savory bite:

In a 2015 press release, the National Hot Dog and Sausage Council decreed that the hot dog is not a sandwich, despite it having many of the same components as most sandwiches. “Limiting the hot dog’s significance by saying it’s ‘just a sandwich’ category is like calling the Dalai Lama ‘just a guy,’” stated NHDSC president Janet Rikey, aka the “Queen of Wien.”

The USDA’s guidelines, however, seem to suggest that hot dogs are indeed sandwiches, as they consist of “two slices of bread or the top and bottom sections of a bun that enclose meat or poultry.”

Even Supreme Court Justice Ruth Bader Ginsburg ruled the hot dog to be a sandwich based on that definition.

But as the NHDSC countered in their press release, “terminology changes” with the times, and hot dogs no longer fit as snugly into the “sandwich” category as they do a split-top bun.

“While we thank the USDA for their careful regulation and inspection of our products, regulatory brevity is not their strength,” the NHDSC said.

The now-closed Tokyo Dog foot cart in Seattle holds the Guinness World Record for offering the world’s most expensive commercially available hot dog back in 2014. 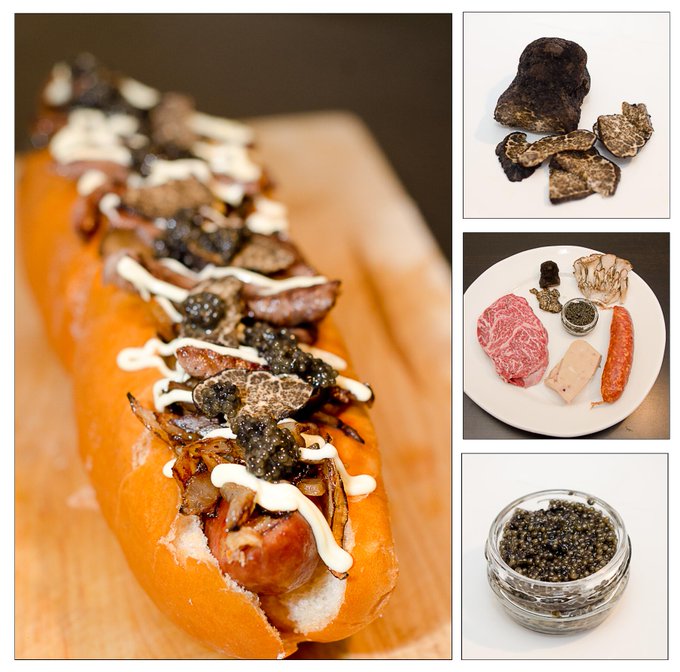 According to Tokyo Dog’s old press page, the cart sold six of the record-breaking Juuni Ban dogs in total, with all of the proceeds going to the American Red Cross.

3. Most of us will never get the chance to drive the Weinermobile.

The job of driving the Oscar Mayer Wienermobile is reserved solely for graduating college seniors, preferably with a bachelor’s degree in marketing, public relations, advertising, journalism or communications. Furthermore, the position only lasts for one year, from June to June, before drivers (aka “Hotdoggers”) are replaced with a new batch of college grads.

Each driver is also required to undergo about 40 hours of training before getting behind the wheel of the 27-foot vehicle, though that hasn’t prevented one driver from accidentally accelerating into a house and crashing the Wienermobile into a stranger’s deck and garage.

4. William “The Refrigerator” Perry isn’t as good at eating hot dogs as he looks.

It’s well-known that competitors at the annual Nathan’s Hot Dog Eating Contest in Coney Island consume an unseemly amount of hot dogs — the current record-holder, Joey Chestnut, ate 74 in just 10 minutes in on July 4 — but rarely do any of them make news for how little they manage to eat.

The lone exception, arguably, is William “The Refrigerator” Perry, who competed in 2003 as a “celebrity contestant.” Despite eating 12 hot dogs in 12 minutes during the qualifying rounds, Perry only managed to eat four hot dogs, and quit after just five minutes. The Nathan’s Hot Dog Eating Contest hasn’t held a “celebrity contestant” since.

5. Nobody knows for sure how hot dogs got their name.

The etymology of the term “hot dog” is unclear, but the Oxford English Dictionary posits that the name was “probably influenced by a popular belief that the sausages contained dog meat.” The Online Etymology Dictionary even adds that these beliefs were “occasionally justified” — a statement bolstered by early 20th-century reports by the New York Times and the United States Department of Commerce on the consumption of such meats.