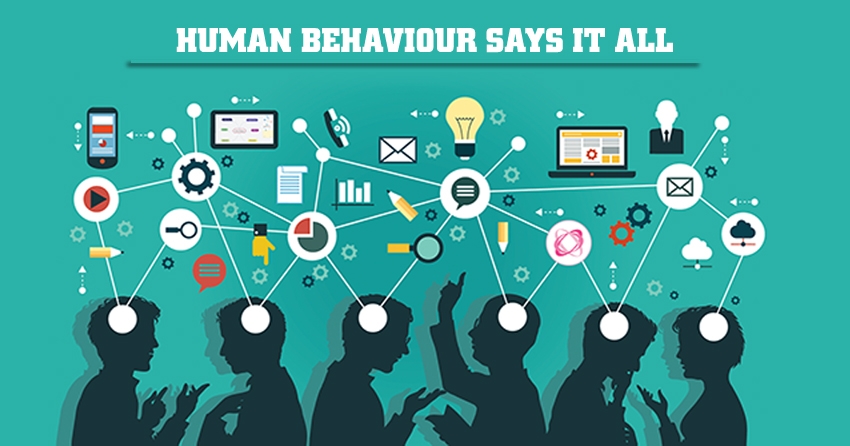 We are living in polarizing times. Whatever the categorization is, we are constantly being bombarded by rhetoric trying to pit different groups against each other. Perhaps the most classic and longstanding division throughout civilization has been the pitting of the sexes against each other. As I try to remind my students every semester, whether we are talking about cross-cultural research or differences between women and men—at the end of the day, we are all more similar than we are different.

The differences are oftentimes what I refer to as “window dressing” or more readily observable than our similarities or shared humanity. Moreover, differences between individuals or even groups aren’t inherently problematic, it is when these differences are used to denote deficiency—characterizing one group as inferior to the other—that focusing on differences becomes problematic and has the potential to sow conflict within a culture.

So for those of you trying not to get swept up by all the problematic rhetoric we are inundated with, not only by this administration but also by corporate media, I am here to share with you that the science is on the side of our shared humanity—here are some facts that defy our assumptions about groups, and challenge many of the stereotypes and problematic values being transmitted in our culture right now:

It is not in man’s ‘nature’ to be violent. It is in our nature to have empathy.Perhaps one of the most persistent stereotypes about the nature of man that the research is constantly challenging is the notion that man is somehow wired for violence or “naturally” inclined towards conflict and warfare. In fact, what the research consistently identifies is that individuals—whether male or female—have to be systematically indoctrinated into a culture of violence before they can effectively engage in killing behaviors. Soldiers are conditioned, not born.

For a compelling and exhaustive account of this reality, I recommend On Killing: The Psychological Cost of Learning to Kill in War & Society by Lt. Col. Dave Grossman. The research that he presents defies the traditional—and historical—way we are socialized to think about warfare and society.

While we are not naturally inclined towards violence, we are in fact wired for empathy. The discovery of the mirror neuron system in the brain presents some interesting and compelling notions of our capabilities as humans. And in fact, this system is not even exclusive to humans—it was first discovered in monkeys. Mirror neurons are a subset of neurons in the brain that fire not only when an individual is engaging in a given behavior but also when an individual is observing someone else engaging in a behavior. These neurons can’t tell the difference between seeing and doing—they fire either way. This reflects an inherently social system within the brain. The mirror neuron system wires us to connect with others socially, to learn through observation and imitation—and also to empathize with the experience of others.

As reported by the APA:

The concept might be simple, but its implications are far-reaching. Over the past decade, more research has suggested that mirror neurons might help explain not only empathy, but also autism and even the evolution of language. (Winerman, 2005, para 5)

Men are the more biologically vulnerable of the two sexes. One of the most pervasive stereotypes regarding differences between the sexes is that males are somehow endowed with superior skills or capacities relative to females. Of course, such a perverse logic has been used for centuries to justify the dominance of males over females in patriarchal societies across the globe.

An XX combination indicates a female; XY indicates a male. The male, from conception, is the more fragile of the two sexes. Estimates are that 160 males are conceived for every 100 females. However, so many males are spontaneously aborted that only 105 males are born for every 100 females. A similar pattern appears in neonatal life and continues throughout development, until women finally outnumber men, reversing the original ratio. (Dacey & Travers, 2006, p. 70)

The authors go on to conclude that:

Structurally and functionally, females resist disease better than males; the male is more subject to hereditary disease and defect; Environmental elements expose the male to greater hazards; Females are born with and retain biological superiority over males. (Dacey & Travers, 2006, p. 70)

Race is a social construct, not a biological one. If a perversity of basic facts regarding sex differentiation has been used to promote male dominance across the globe, a similar social hierarchy regarding race has also been rooted in junk science. While there are biological underpinnings to skin color, the notion of race is not in fact rooted in biology.

In fact, “today the mainstream belief among scientists is that race is a social construct without biological meaning” (as reported by Gannon, 2016, para 2). Moreover, genetic scholarship suggests that, “racial categories are weak proxies for genetic diversity and need to be phased out” (Gannon, 2016, para 2). Nonetheless, we are inundated with rhetoric—even within the scientific community—drawing distinctions between groups based on notions of race being a biological construct.

One is not born into a particular race, however, that categorization is defined by the society and culture a person is born into that defines groups in a particular way.

The notion of race is very akin to that of gender—what are the social, cultural, and psychological meanings we attach to blackness and whiteness, same as we do to maleness and femaleness. The history of race relations in our country is perhaps the greatest testament to the role that environment or culture plays in our notions of race.

The body is self-healing. We are a nation of addicts. Whether it is prescription or recreational drugs we are getting on the streets, there is an epidemic of addiction right now in our culture. The opioid epidemic in particular developed in large part from unsuspecting patients experiencing pain after physical injuries or surgeries who then became dependent on the pain-killers their physicians were prescribing to manage their pain during the recovery phase. While the treatment of pain is an inexact science—there are both physical and psychological influences on our experience of pain—what is often overlooked by the mainstream medical establishment is that our bodies have self-healing capacities.

Dr. Lissa Rankin (2013) author of the revolutionary Mind over Medicine: Scientific Proof That You Can Heal Yourself, does an exhaustive review of all the ways the body is equipped to repair itself. Moreover, she traces the significant role that our stress response and psychology play in the infections and diseases that we develop. In offering a summary of her work, she shares that, “the body’s natural self-repair mechanisms fully function when the nervous system is in relaxation response” (Rankin, 2013, para 4).

The realization that our body’s natural state is one of harmony can be transformative for individuals who have been seeking external remedies for what ails them. The journey then becomes one of self-exploration, and of delving deeper into the internal mechanisms—not only physiological but critically, the psychological ones—that can be holding us back.

Haters can experience reform. We are living in a dangerous time where we are seeing the rise of hate groups—white supremacists, rebranded as “alt right” but still promoting the same old-fashioned hatreds are re-emerging all across the globe. Despite this, there are also organizations that are attempting to rehabilitate individuals who have been indoctrinated into a culture of hate.

The organization Life After Hate, for instance, attempts to counter hatred and discrimination through compassion and other pro-social techniques. This organization was founded by former violent extremists in 2011, and has reportedly helped more than 100 men and women who were affiliated with hate groups leave these organizations and seek a better life that is not defined by hatred or violence.

In an interview, the co-founder and board chair of Life After Hate had this to say about what he has learned since he has started this work. He shares:

I share these facts as a reminder that many of the ills our culture is facing right now are byproducts of problematic socialization, and thus can be repaired. We are a culture that has lost sight of our shared humanity and all of the ways that we are connected to one another. Maybe a little science can help us recognize all the ways we are being led astray, and bring us back to some basic truths.

In summary, I would like to close with this quote taken from research on mirror neurons. Neuroscientist Vittorio Gallese shares that, “’It seems we’re wired to see other people as similar to us, rather than different’” and concludes by identifying that, “’at the root, as humans we identify the person we’re facing as someone like ourselves’” (as quoted by Winerman, 2005, p. 48).

Perhaps now more than ever, we must remain vigilant in identifying these truths about our nature.