The reason it’s blue? The sun 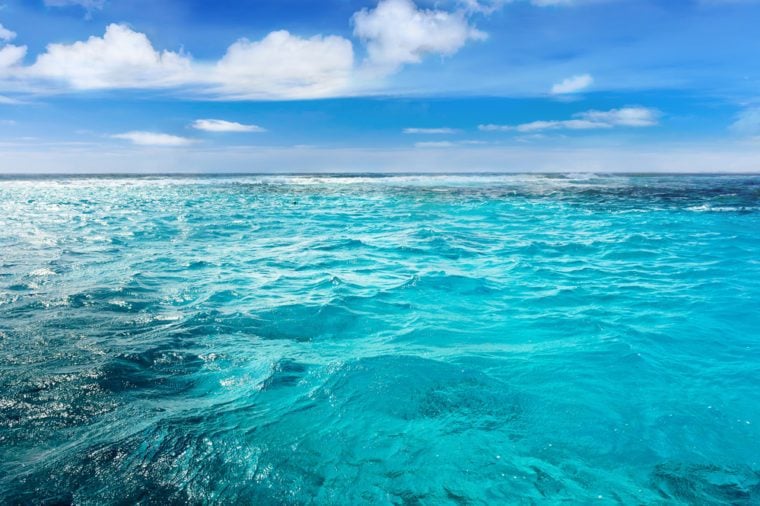 Dmitry Polonskiy/ShutterstockThe “deep blue sea”—and our “blue planet” with it!—owe their iconic color to the light of the sun. When the sun shines on the ocean, the water absorbs the longer red and orange wavelengths of light while reflecting blue light back. This will only happen, though, with a large amount of water; the more water you have, the bluer it is. This is why the water you drink out of a glass doesn’t appear ocean-blue. This process of light absorption and reflection is also the reason the sky is blue—but the blue color of the ocean is not because it’s reflecting the color of the sky, as many people believe. Here are some more science facts everyone believes that are totally false.

Someone once dove a whopping 831 feet into the ocean 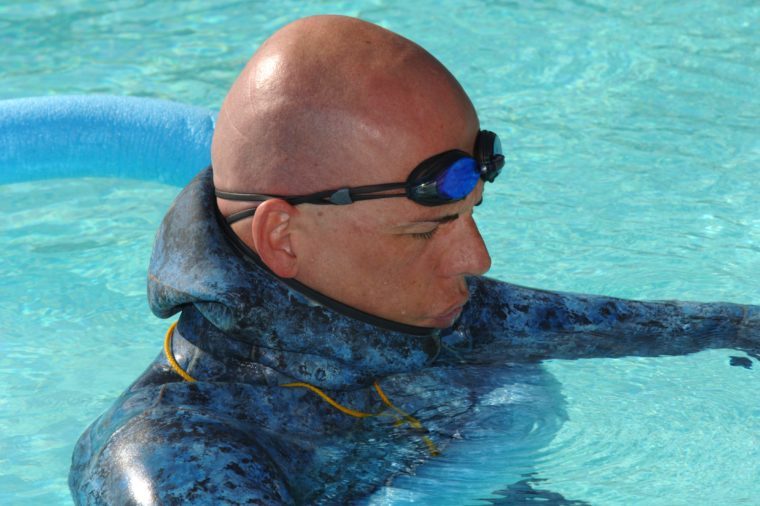 Neale Haynes/REX/ShutterstockCompared to the actual deepest point of the ocean (the Mariana Trench stretches down nearly seven miles), 831 feet may not seem that deep. But when you consider that this intrepid diver was accompanied only by a wetsuit, a weighted sled, and an air balloon to help him float back to the top—without even scuba gear—his accomplishment seems a lot more noteworthy. It’s the deepest part of the ocean ever reached by a free-diving human (as opposed to a human inside a machine). The diver, Herbert Nitsch, completed his historic feat in 2012, and he currently holds 33 separate world records in free diving. Through rigorous training, he’s been able to increase his lung capacity to more than twice the usual amount of air.

The pressure at the bottom of the ocean is extreme 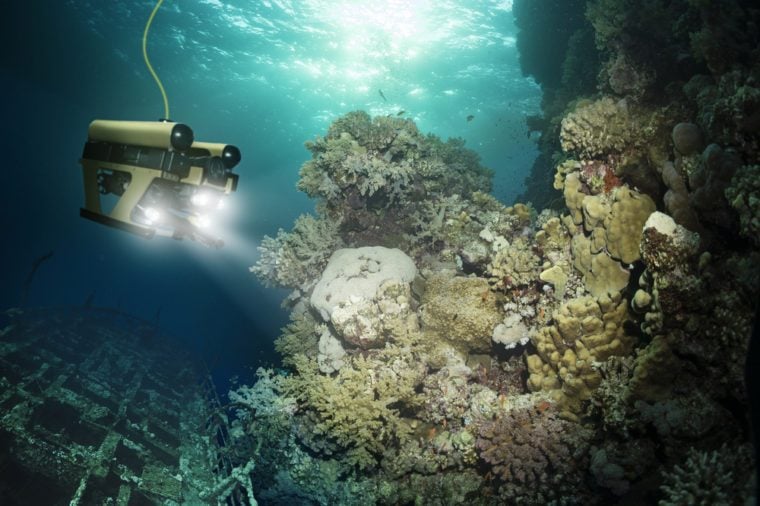 S.Bachstroem/ShutterstockLike, being-crushed-under-a-pile-of-elephants extreme. At the bottom of the Mariana Trench, the pressure is about eight tons per square inch, the equivalent of about 100 fully grown elephants. It’s so intense that, while we do have machines capable of withstanding it, equipment has simply imploded under that amount of pressure. Check out the biggest unsolved mysteries about planet Earth.

The ocean is full of gold 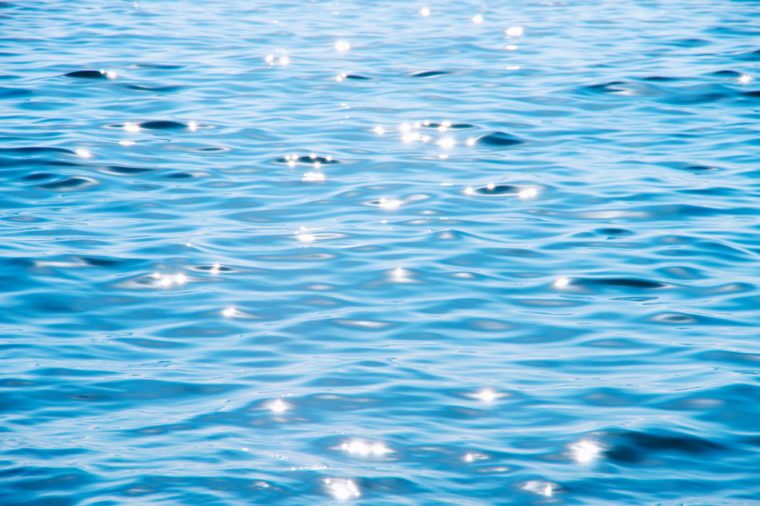 Nataliia K/ShutterstockThe phrase “liquid gold” was never so applicable. Believe it or not, every drop of ocean water contains a teeny-tiny bit of real gold. It’s such an inconsequential amount that you’re not going to get rich by scooping up seawater— there are about 13 billionths of a gram of gold in every liter of seawater. But when you consider just how much ocean water there is on the entire planet, that does add up to a lot of gold. About 20 million tons of it, to be specific! Considering that that amount would be worth hundreds of trillions of dollars, the ocean’s hidden gold is truly an unattainable fortune. Check out some more fascinating science facts you never learned in school.

It helps power the Internet 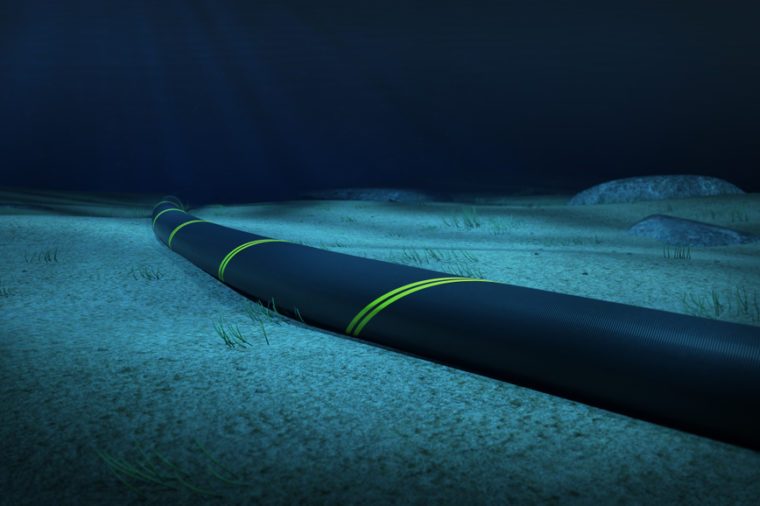 Vismar UK/ShutterstockThe next time you’re watching a funny cat video or enjoying a Netflix binge, make sure you thank the ocean. The vast majority of the cables that power the Internet, allowing access to it across the entire globe, are underwater. Wires called “submarine communications cables” crisscross the ocean floors, put in place by boats built solely for that purpose. To ensure that the cables (and your Internet) remain undisturbed, they have to be placed on relatively flat stretches of the ocean floor, away from ocean ecosystems or shipwrecks. Some of the cables even have a coating that protects them from being damaged, should a hungry shark come across them. 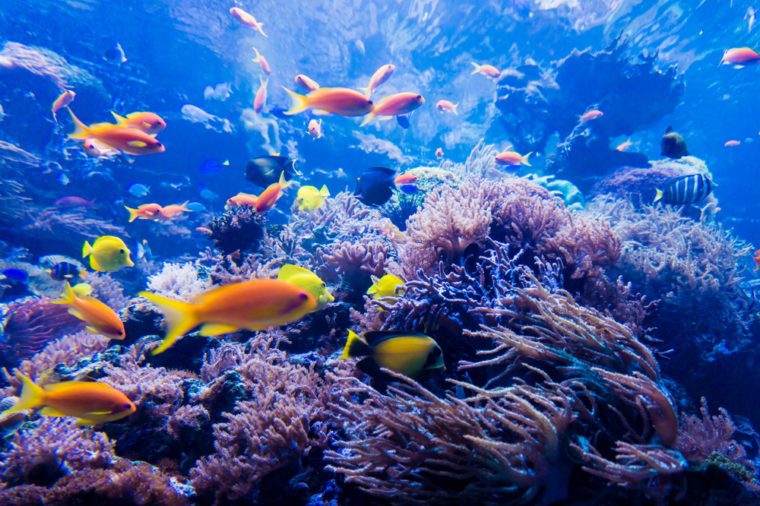 Ewa Studio/ShutterstockWait, what happened to only 70 percent? Well, there’s a difference between the amount of the Earth’s surface covered by ocean (that’s 70 percent) and the total amount of space. With the depths of the oceans taken into account, the ocean comprises a whopping 99 percent of all habitable space on the planet. Despite all that open space, though, the ocean isn’t as populated as the land is, in part because the deepest parts of the ocean are inhospitable to all but a few life forms. Get a look at the most incredible undersea sights around the world.

The biggest waterfall in the world is underwater… 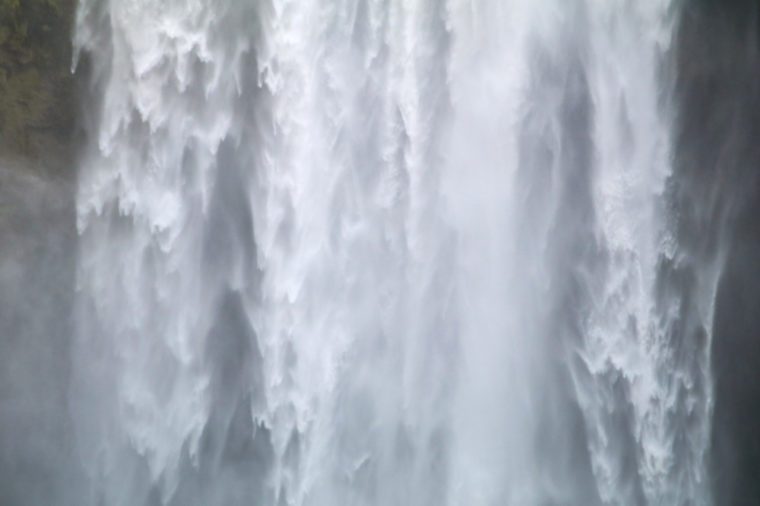 Ignasi Jansa/ShutterstockIt might seem counter-intuitive to think that there are bodies of water within the oceans, but it’s true! Deep within the ocean, caverns and fissures on the ocean floor form when water oozes through the layers of salt beneath it. This water, filled with dissolved salt, is denser than the water around it and settles into the fissures. It’s this type of dense water that forms the Denmark Strait, a massive cascade of water that plummets 11,500 feet (more than three times the height of Angel Falls in Venezuela). This is because the colder water of the strait sinks when it collides with the less dense water around it.

…and so is the world’s tallest mountain (partly, at least) 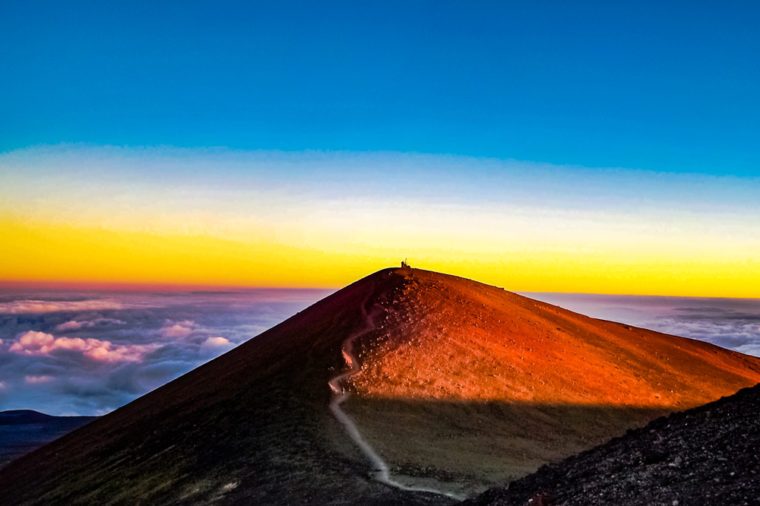 Chris Finch Photography/ShutterstockWith 70 percent of Earth’s surface covered by the oceans, it does make sense given the odds. But that doesn’t make it any less mind-boggling to learn that in Hawaii, there is a mountain that would make Mount Everest look like a bunny hill if they were side-by-side. Mauna Kea is half under the water and half above it, and, from top to bottom, it stretches a whopping 33,500 feet. That’s almost a whole mile taller than Mount Everest! We consider Mount Everest the tallest mountain because it reaches the highest distance above sea level, but in terms of height from top to bottom, this half-submerged Hawaiian volcano is the champion. Here are some more facts you’ve always believed that are actually false. 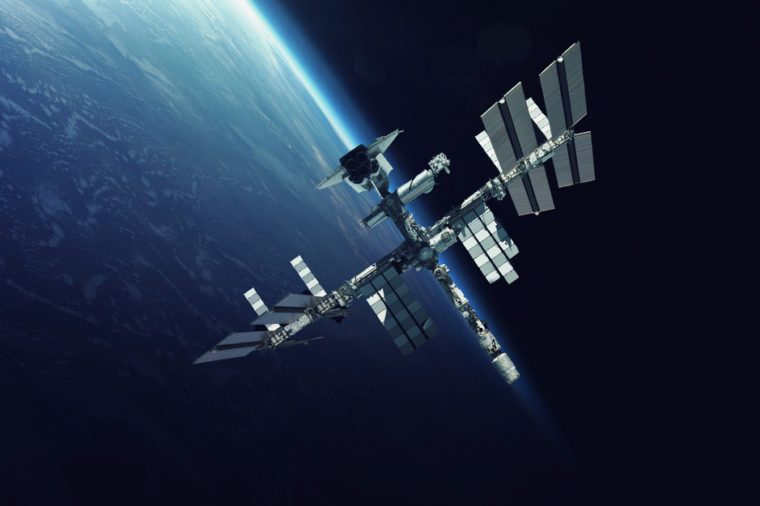 Vadim Sadovski/ShutterstockThis unique spot, the farthest on the entire planet from land, goes by “the oceanic pole of inaccessibility,” or, more concisely, “Point Nemo.” We know what you’re thinking—its name does not come from a cartoon fish but from the hero of 20,000 Leagues Under the Sea. It’s located smack in the southern Pacific Ocean, and you’d have to travel 1,000 miles from even the closest points of land to reach it. Those points of land are Motu Nui, far off the western coast of Chile; Ducie Island, one of the Pitcairn Islands between South America and Australia; and Maher Island, off the coast of Antarctica. And it’s at least a thousand miles from each of them. That’s so far that the closest people to Point Nemo are often up in space! The International Space Station orbits just 250 miles above Earth’s surface. Now that gives “finding Nemo” a whole new meaning. See how Point Nemo compares to the other most remote places on Earth.

Most of Earth’s oxygen comes from the oceans 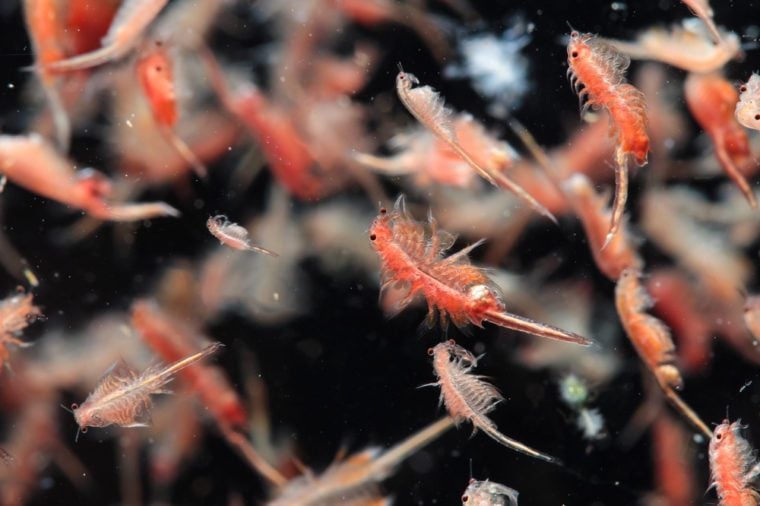 Napat/ShutterstockAnd no, it’s not the “O” of H2O. About 70 percent of our planet’s entire supply of oxygen is a waste product created by marine-dwelling plankton. These minuscule creatures take in carbon dioxide and produce oxygen during photosynthesis, and this oxygen plays a vital role in the life of every oxygen-breathing creature on the planet. According to National Geographic, one type of plankton called Prochlorococcus produces so much oxygen that it’s most likely responsible for one of every five breaths we take.